Disclaimer: I received the Accuquilt Go Baby Triangle in Square die as compensation for this post. However, all opinions are my own.

Several months ago I started on this quilt using the Triangle in Square die from Accuquilt. I had a bunch of pezzy prints in multiple colors so I paired them with matching solids and set to work cutting. Right away I could tell Accuquilt had made improvements to its dies. The other dies I have are an older generation and a few threads usually have to be clipped with each cut job. This die cut amazingly well; I didn't have to clip a single thread--and I cut through at least four layers each time.

Another great thing about cutting fabric this way is that the side pieces end in flat sections at the top and side rather than points. This really helps when aligning the fabric to sew each piece together. 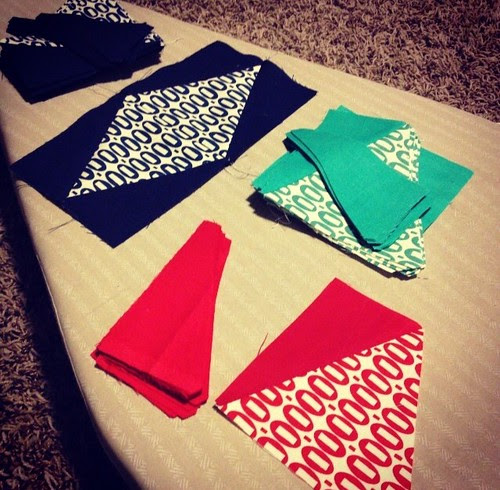 I was really inspired by Barbie's quilt. So, after assembling all my sets, I started testing layouts. This was my first one. 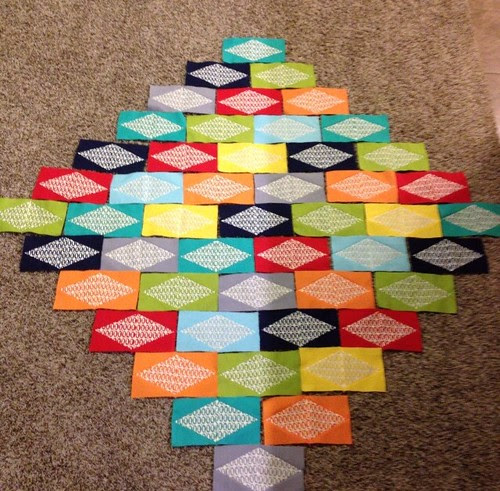 I really liked that layout, but as I started sewing the pieces together, I came up with this pyramid layout that I wanted to use instead. 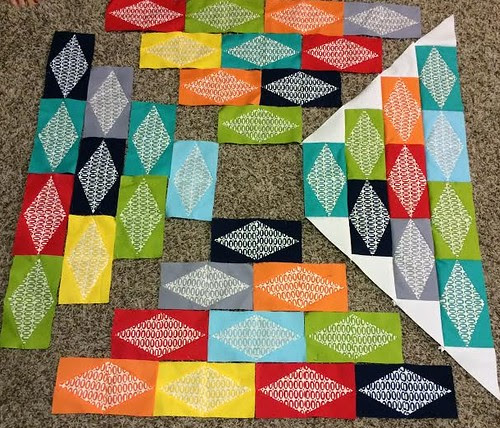 I could have assembled the pieces more in a log cabin style, but since I had already pieced one of the sections, I had to add triangles to the ends of each row. To do that, I cut 5" charms. 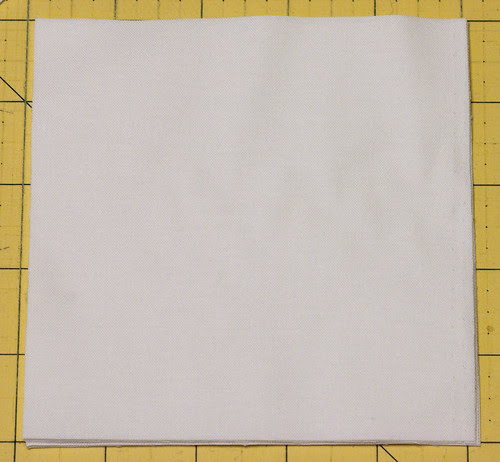 Then I cut those charms in half diagonally. 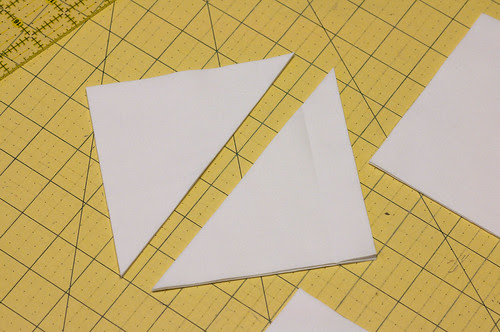 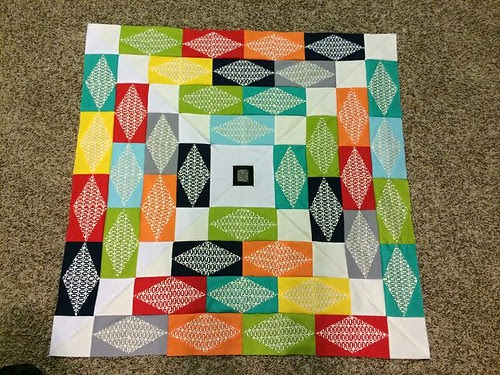 The top at this point was more of a baby quilt size so I added a narrow border on both sides and a wider border on the ends. 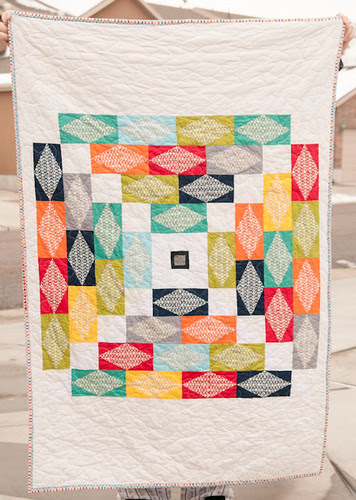 I had intended to use this plush blanket for the backing, which is partly why I added the white border in the sizes that I did instead of making it bigger.

I quilted a large meandering stipple throughout the quilt and bound it in a multi-colored pezzy print. 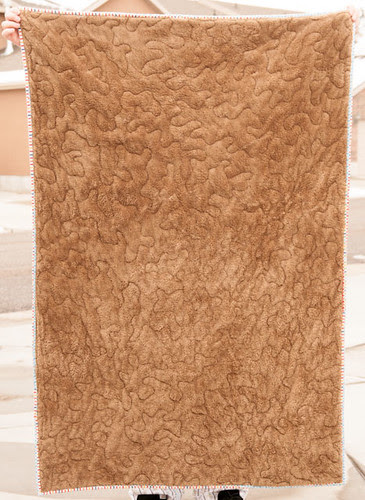 I had a few pieces leftover so I pieced them like so. 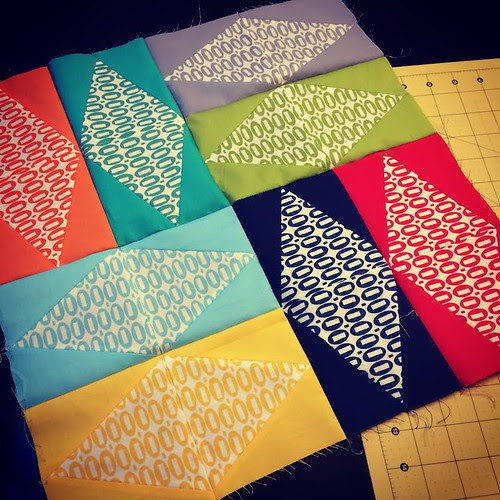 And turned it into a little doll quilt, which I gave to my coworker for her daughter. This die is pretty diverse. I can think of a few more quilts I'd like to make using this die. Now, I just need to find the time to make more.
Posted by Brooke at 8:06 PM 1 comment:

I haven't had a lot of things going on in terms of sewing for the last little while because I've been so busy with work and school. But, after writing a couple of big papers, I needed a bit of fabric therapy. One of my quilt goals I set for the year was to use my Anna Maria Horner True Colors fabrics to make a value quilt. I used my Accuquilt Go Baby cutter and my parallelogram die and set to work on this: 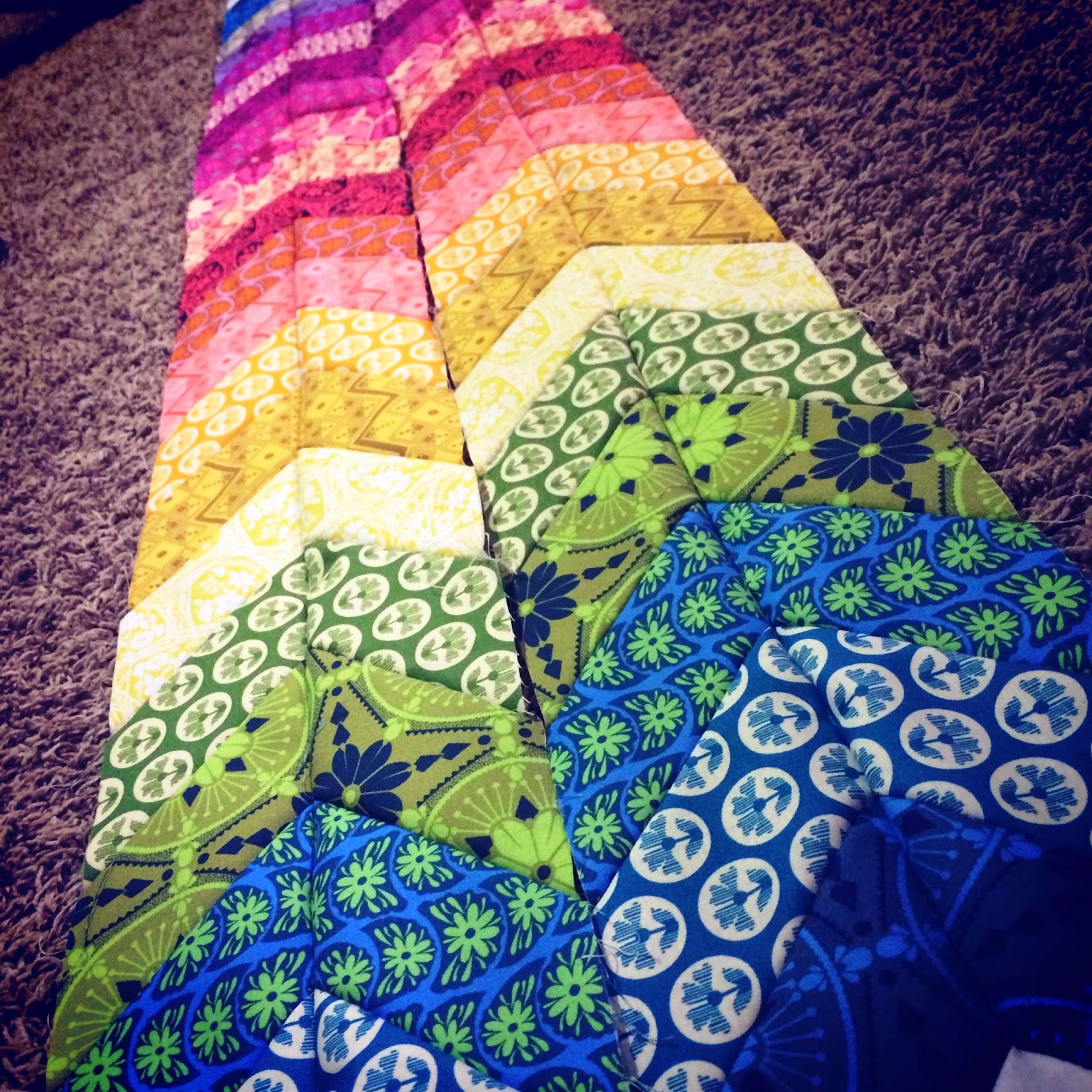 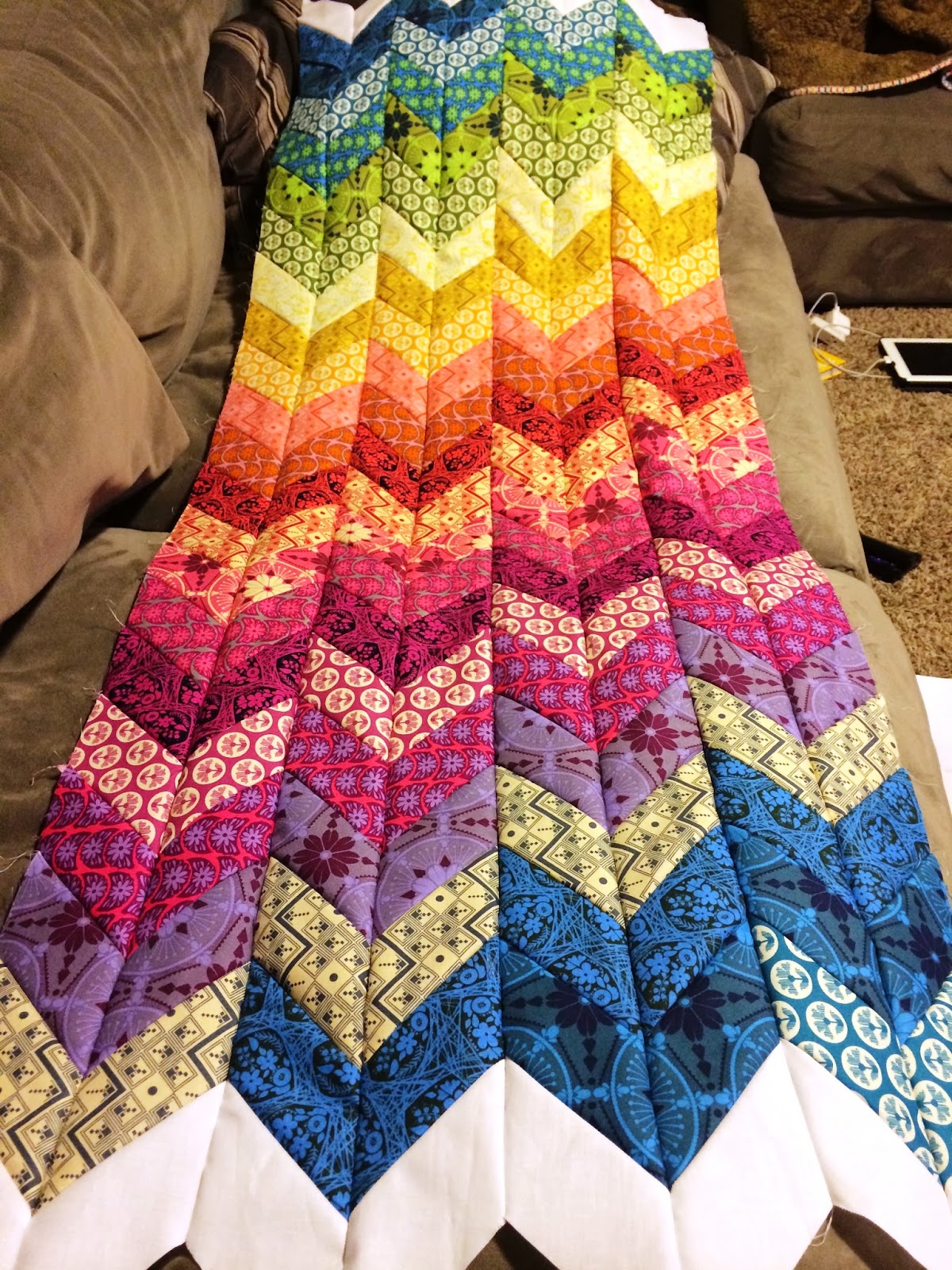 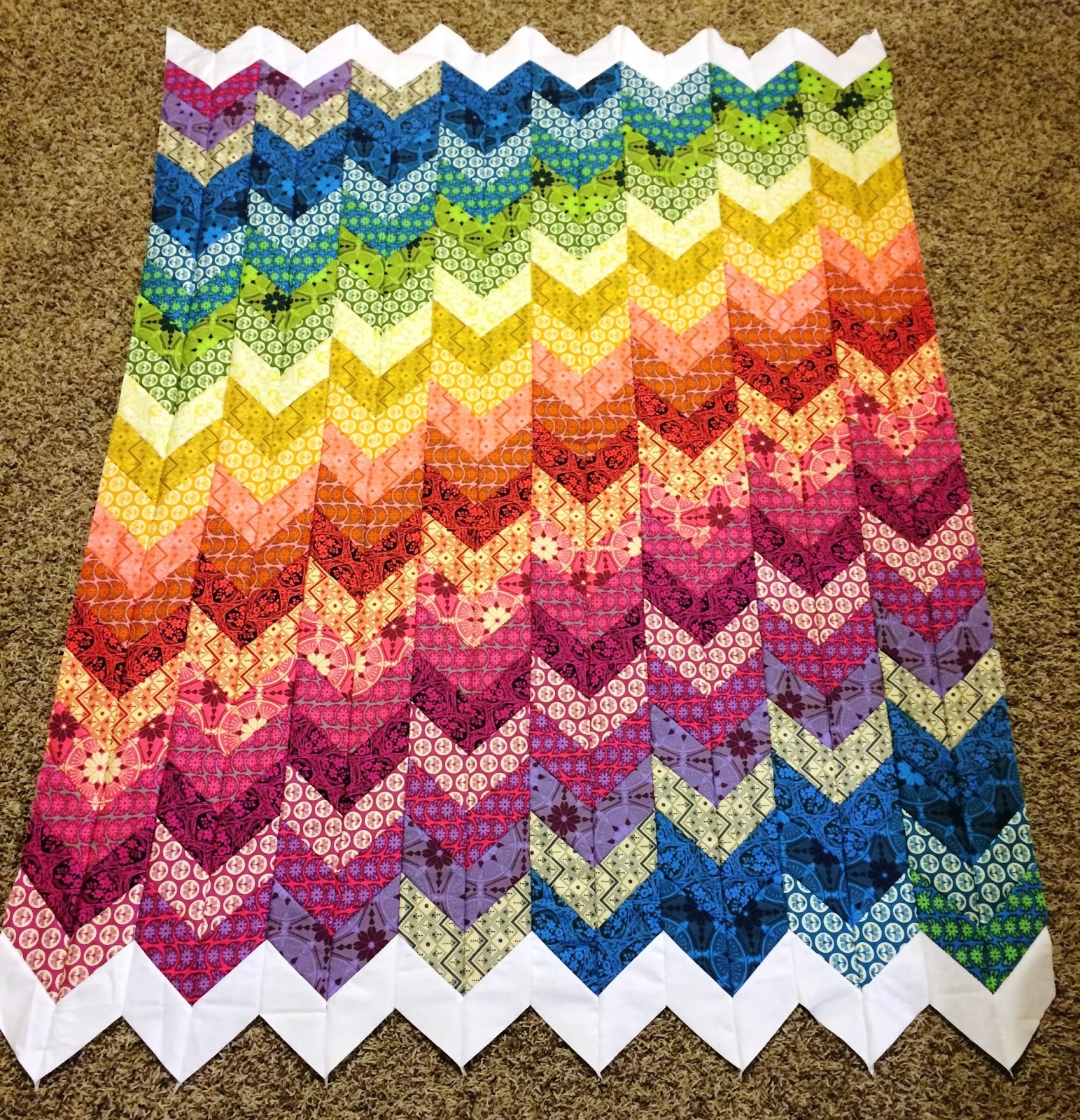 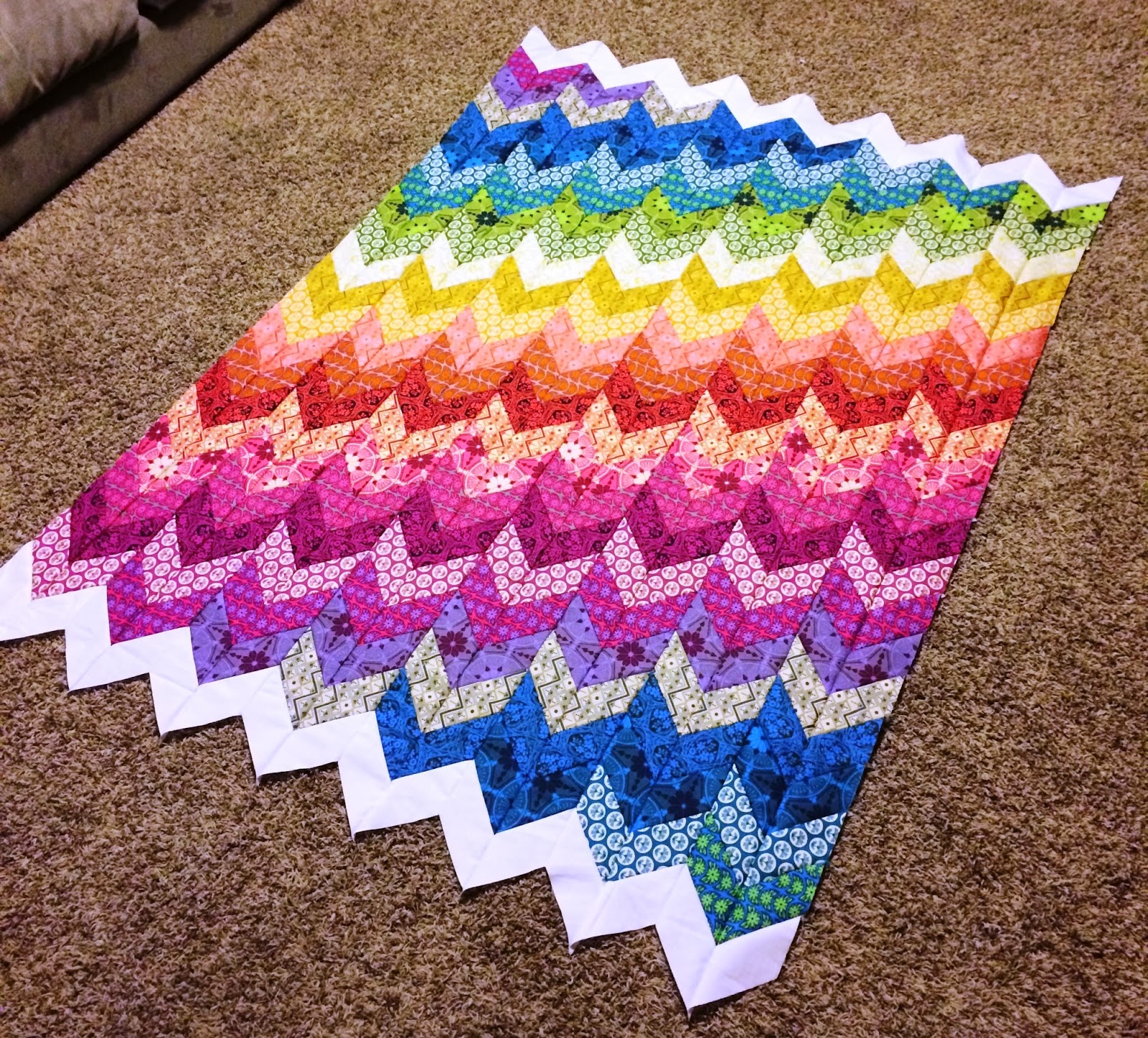 I used two fat-eighth bundles and some Kona white for the top chevrons. I want the quilt a bit wider, but I don't have enough fabric to cut out more parallelograms. My leftover fabric pieces are triangles so I've been toying with the idea of adding a border of flying geese, but I'm still thinking about it. Next week is my spring break, so hopefully, I can get more work done on it.